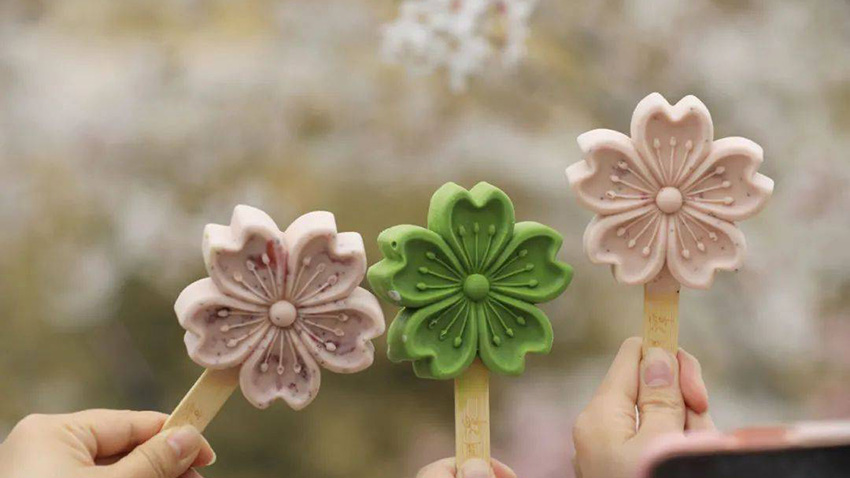 Recently, a new entrant to the Chinese ice cream industry caused a stir on social media, the Chinese luxury Baijiu brand Maotai. It opened two ice cream stores within ten days and sold pre-packaged ice cream on its App. For now, it released five SKUs, three pre-packaged ice creams priced at 59 and 66 yuan, and two freshly made ice creams priced at 39 yuan. Despite the high prices, these new products were super popular, whose sales reached 200,000 yuan within seven hours. Long queues can be seen in its offline stores.1

Chinese consumers’ demand for high-end ice cream has risen in recent years, and the whole ice cream market is being upgraded as more brands emerge and consumption habits change. According to the Chinese Ice Cream Industry Trend Report (2022), the ice cream market size reached 160 billion yuan in 2021, ranking the first in the world.

Although the total consumption of ice cream in China ranks among the top in the world, Chinese per capita annual consumption is about 3.5 liters, lower than that in Western countries (6-8 liters), implying Chinese ice cream market still has space to explore.2

Regrading brands, Yili, Wall’s, Mengniu, and Nestle keep their leading positions in the industry, accounting for over 50% of the market share. These brands kept rapid growth. For example, in 2021, Yili’s cold product business achieved operating income of 7.161 billion yuan, increasing by 16.28% yearly.3 Its sales in 2022Q1 were 2.8 billion yuan, a year-on-year increase of 35.5%.4 Another giant, Mengniu reached 4.24 billion yuan sales in 2021, increasing by 61% yearly.5

Seeing the potential in this market, big brands accelerated expansion in 2022. Recently, Unilever officially unveiled that WALL’S Taicang factory, were selected as a "Lighthouse Factory" 6. It is the first “Lighthouse Factory” in the ice cream industry worldwide. Nestle also has confidence in the market and plans to launch over 20 new ice cream in China this year.

New brands are also rising, which bring new changes to the industry and boost positive competition in the whole market. Chicecream is a representative. Founded in 2018, Chicecream focuses on providing high-end and creative ice cream for Chinese consumers. Its sales exceeded 100 million within 16 months after its establishment. In the 618 shopping festival and Double 11 shopping festival in 2020 and 2021, Chicecream was the top 1 brand by sales in the ice product sector on Tmall. 7

The market share of ice cream’s online sales also grew with the rise of these new brands who rose online and the development of cold chain transportation, rising from 5% to 20% in 2021.2 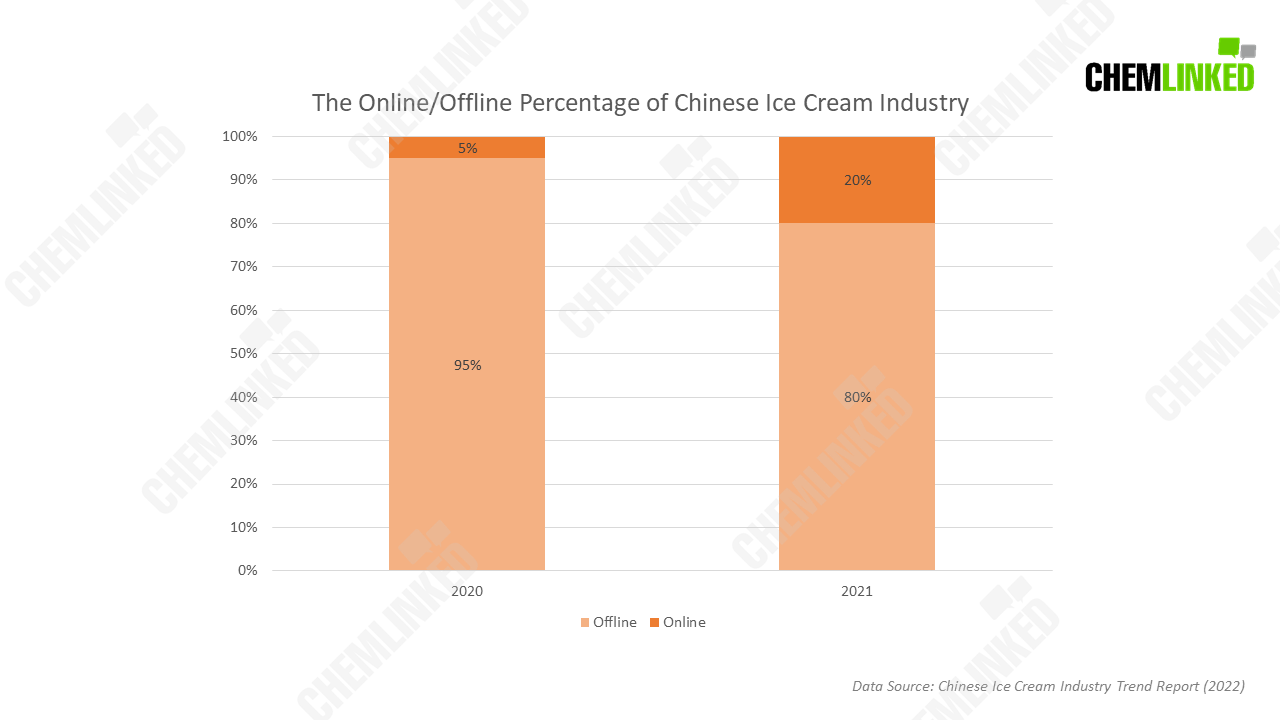 These innovative expensive ice creams become a new social currency among young consumers. Young consumers like to post pictures of these products online to show that they are part of the fashion circle, contributing to brands’ exposure and sales. 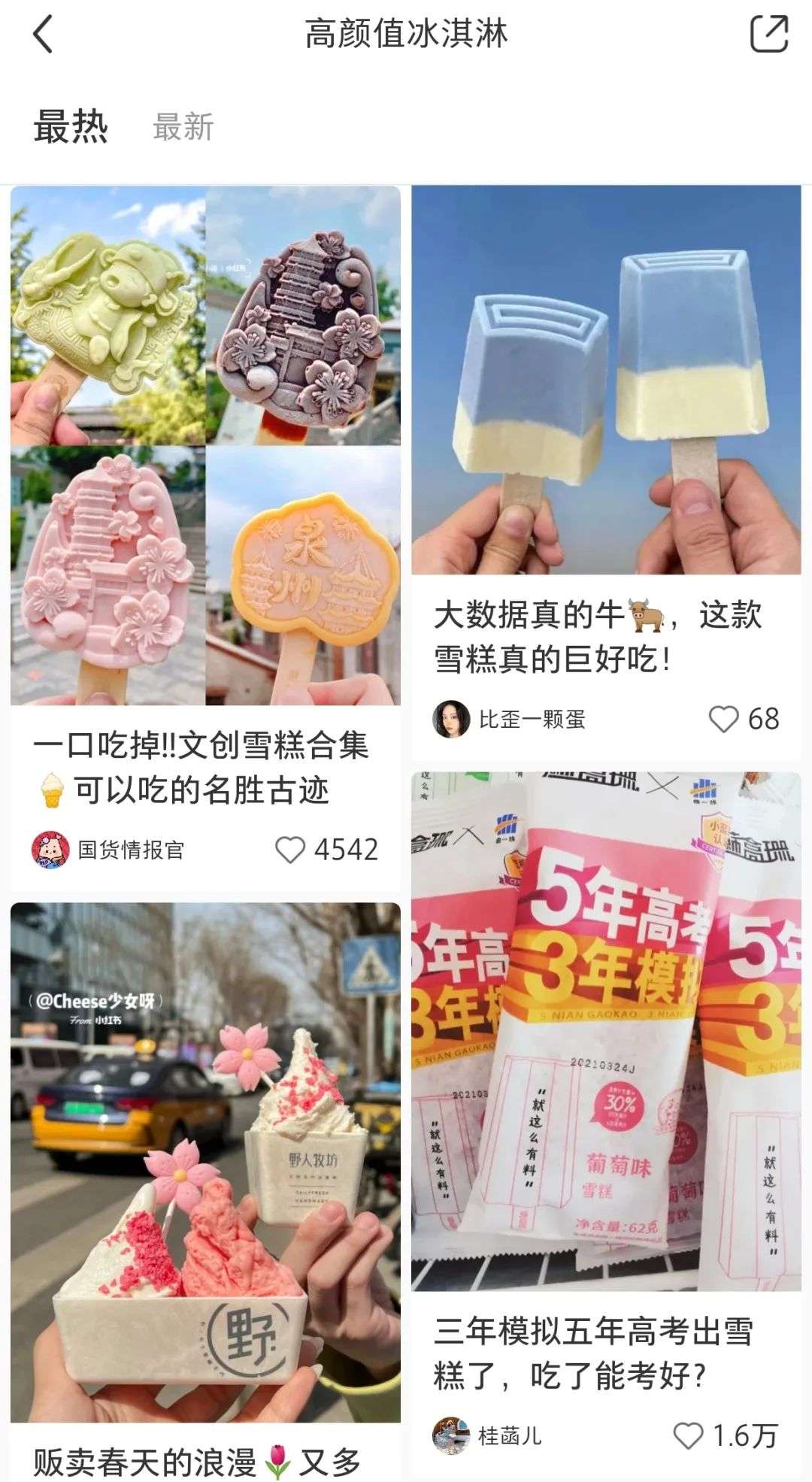 Posts of ice cream on the social media

According to the manufacturers, for the ice cream with a retail price of 4-5 yuan, the ex-factory price is only about 1 yuan; for those with a price of about 11 yuan, the ex-factory price is about 5 yuan; and for those with a price of about 49 yuan, the maximum cost is less than 20 yuan. The high profit of high-end ice cream allures more players to dive into the market. More and more expensive ice creams take up the market and squeeze affordable ice creams out of the market. However, another voice appears, calling for the return of the affordable ice cream to the market. Now Chinese ice cream market now shows the following distribution trend: most mid- and high-priced ice creams are distributed online and in convenience chains, such as 711 and FamilyMart, while consumers can find more affordable products in traditional offline channels, such as some individual-owned offline grocery stores.

Besides the high quality and high prices, some other trends are also worthy of attention.

Brands want ice creams to get rid of the label of “unhealthy food,” so they developed quite a few new products by limiting products fat, calorie, and sugar content. For example, Chicecream’s youth series only contains 3g/100g fat, 80% less than the fat content of ordinary milk ice cream. Using plant-based ingredients is brands’ another way to achieve the goal of low fat, low calorie, and low sugar. Represented by OATLY, quite a few brands launched plant-based ice creams, which were popular. OATLY’s oat milk ice creams achieved over 100,000-unit sales in Shanghai within ten days.7

In the past, ice cream was more like a refreshment to relieve summer heat, but now, its consumption scenarios have been expanded. According to the Chinese Ice Cream Industry Trend Report (2022), 17% of consumers also buy ice cream in winter, and 39% purchase ice cream in all seasons.

With the upgrades in distribution channels and transportation chains, ice cream has gradually become one of the consumption options suitable for multiple people to share in office and home scenarios. 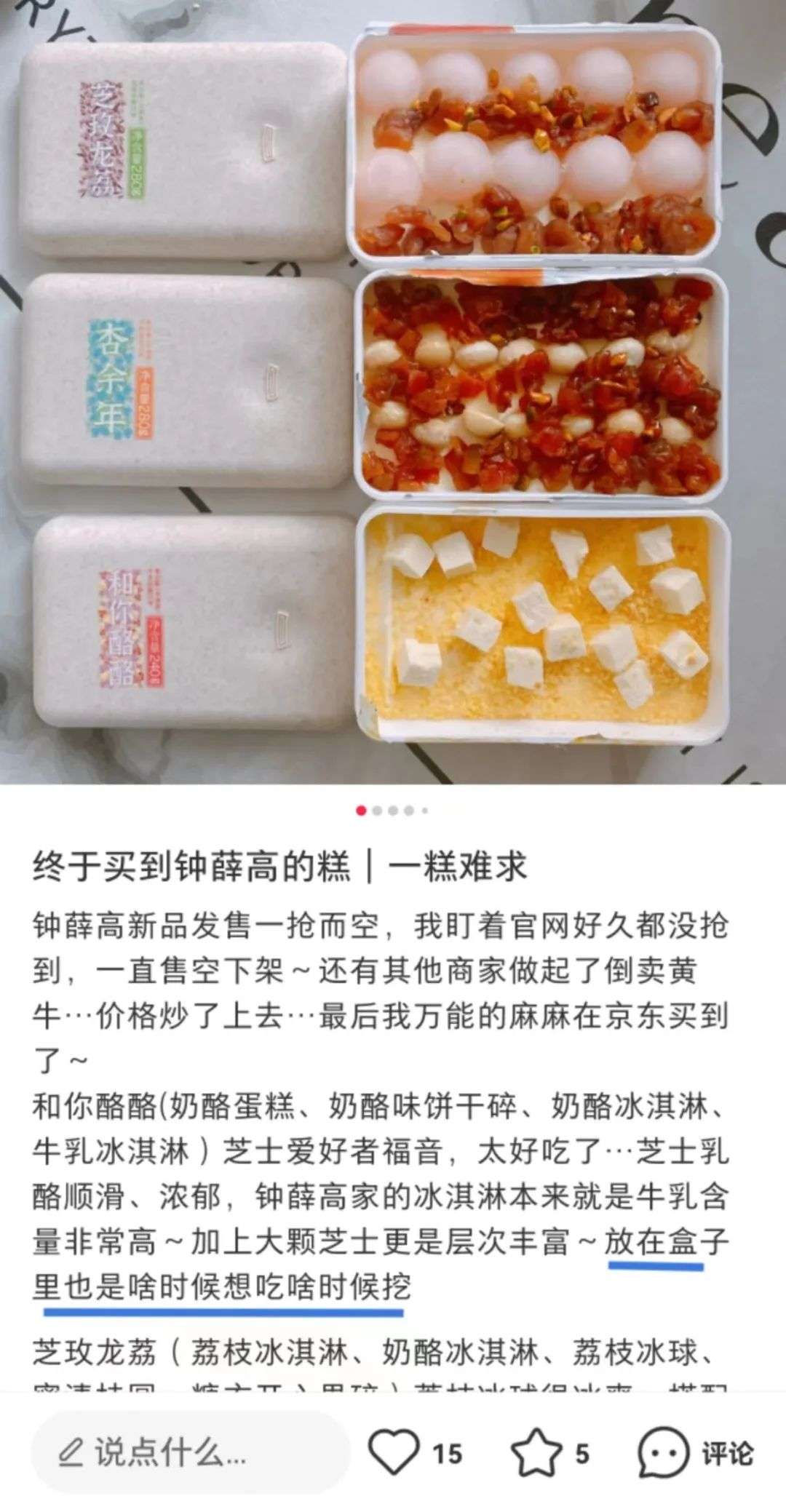 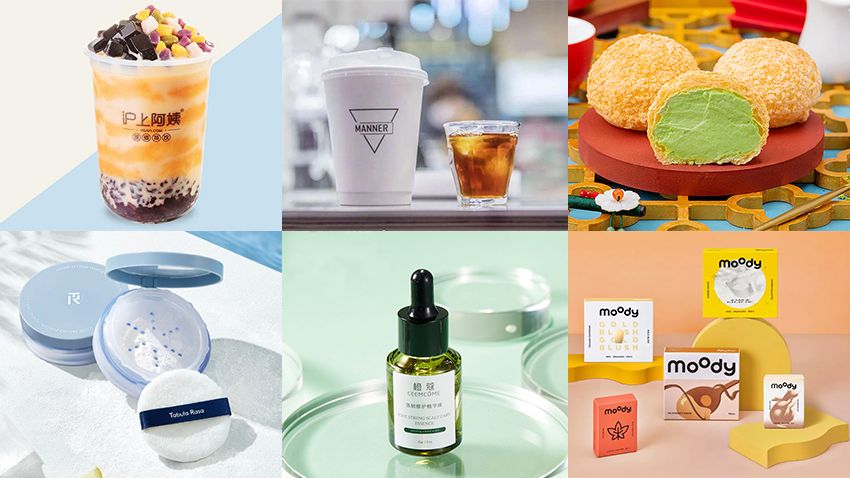 2021H1 Consumer Brands Financing in China: over 60% are New Brands