TRENDING
Interview with Ashley (I): Trends That Will Shape China’s Online Retail Market in 2021H2
BY Shine HuAug 25, 2021 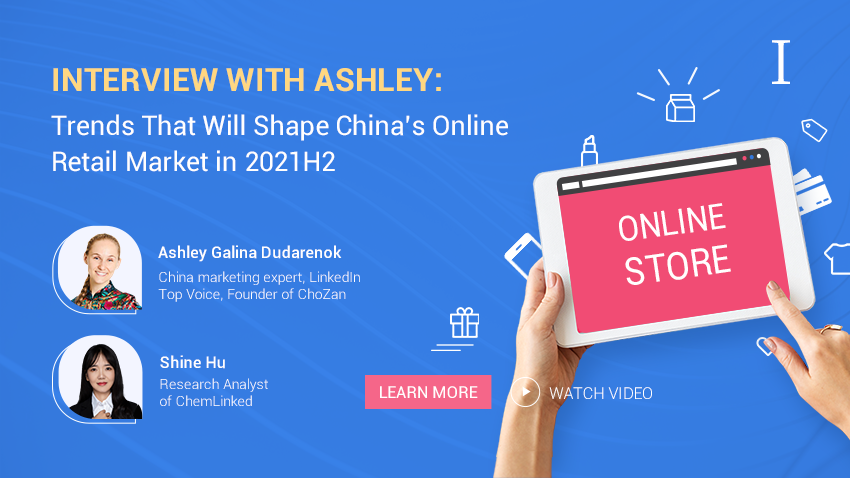 In the first half of this year, the online retail sales have actually reached over 6 trillion RMB, a year-on-year increase of 23%, which is truly great. The online retail sales of physical goods increased by an average of 16.5% over the two years. In reality, people are consuming online more and more, especially tangible goods.

1. The health-related consumption. It increased tremendously. For example, swimming, football, and yoga-related products increased by 128.9%, 106.2%, and 55.1%, respectively. The Summer Olympics, which just completed in Tokyo, the upcoming Beijing Winter Olympics, and China’s ambitious sports and fitness target, including building many facilities and educating many youngsters, have driven Chinese people’s passion for sports and fitness.

2. The booming Guochao trend. In the first half of this year, during the 618 mid-year shopping festival, domestic brands accounted for more than 70% of sales on e-commerce platforms, which is also very representative.

3. The recovering online service consumption. In-store catering rose by 93%, and online travel sales were also up 71%.

4. The better performance of western regions. In the first half of the year, online retail sales in west China rose 32% year on year, outpacing the other regions. The west China was driving the online consumption in the country.

5. The rise of rural e-commerce. China's rural online retail sales reached 954 billion yuan in the first half of this year, up 21% year on year. It’s a combination of reasons, including China’s push to lift the country out of poverty and its digital literacy.

6. The strong-momentum cross-border e-commerce. The import and export volume of cross-border e-commerce reached 886 billion yuan in the first half of this year, up 28.6% year-on-year. The products of most demands came from Japan, U.S., and South Korea. Although China and some foreign countries like the U.S., Australia, and Canada have tensions and difficulties in terms of the political situation, consumers’ desire for products from these countries is always there. People still know why they choose the products from these countries, so nothing changed a lot.

7. Diversified business models. These business models, which emerged in the past two years, have embarked on a new direction. For example, e-commerce live-streaming is not new, but we have new modes to run it right now. Another example is C2M (consumer-to-manufacturer). More companies and brands start to leverage this model to tailor products for consumers based on big data and consumer surveys.

2. Are there any noteworthy impacts of the pandemic on the Chinese consumer market in 2021H2 under repeated epidemic rebound?

The development and recovery may not be even as China is such a big country. People’s reactions towards the epidemic are also uneven.

For example, in Sichuan and Chongqing areas, many people prefer not to travel, and they feel a little bit of pressure and depressed as there has been one and a half years since the outbreak. But in cities like Shanghai, people have the time of their life.

Also, in some parts of China, many young graduates are struggling to find a job. They are not crazy when it comes to spending. But in other parts of China, for example, in Shenzhen and shanghai, the job opportunities are affluent. People’s salaries basically grow 20% every time they change the job, so they hop five times a year.

Overall, consumers are not depressed under the epidemic. But there is not only positive sentiment. We have also seen some people tired of the epidemic. They scare to travel even though the situation is generally normal. People still have their concerns, such as whether the vaccines are effective.

The growing community-based group buying is a good example of how people are becoming more secluded, as they try not to go far and go out for a long time. They prefer group-buying because it is convenient and they do not need to walk far.

3. What's your marketing recommendation for the FMCG industry in China in 2021H2?

First, the FMCG industry needs to do more videos because it is booming in China right now, whether on Douyin, Kuaishou, or Tmall. Video is a cheap marketing method and leads to high purchase rates.

If you have a limited budget, you can do the video yourself, such as operating your store. The snack brand Three Squirrels has set an excellent example in this regard. Chinese people love food, love new flavors, and love exploring. The brand has leveraged the medium to present the diversity of its products and tap into multiple emotions, such as creating flavors reminding them of the past when they were children.

Brands should be active (videos, live streaming) instead of passive (pages, posters). Although FMCG’s margins are getting much lower, this is the way brands should go.

Second, keep up with new consumption trends. FMCG brands should really understand what consumers want and develop new products to stay relevant in the market. Especially in China, which is a very fast market, and accelerated its development after the COVID-19 breakout.

Some Chinese brands have been sophisticated in playing the game, and they are much more agile than old Chinese brands or old foreign brands. The competition is more heated up by the day. Therefore, it is not nice for brands, but it is a must to customize new consumer brands and products based on consumer needs, create limited editions, co-create with consumers and surprise them.

Third, using innovative marketing techniques. Brands need to stay connective with the market and stay more creative to stand out in the FMCG industry. For example, the blind box is not new, but it really works in the Chinese market. Brands can either collaborate with some IPs to launch blind box or package your products as blind boxes. Besides, Chinese established candy brand White Rabbit has set a good example in crossover co-branding by creating many phenomenal collaborations. So I think for FMCG brands, even though it will get more challenging in marketing with very shallow margins, you still need to do a lot of promotions.

Besides, as China’s new retail (the merge of online and offline) is thriving, we are going to see more digital interactive displays, such as 3D screens, holograms, and posters in China coming to life on the streets.

We also have another episode, click the following link to read: 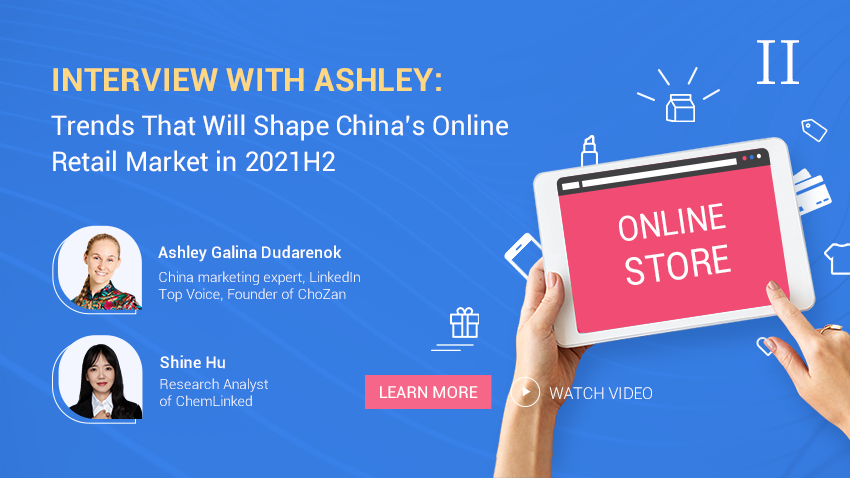