1.       One of China’s top e-commerce platforms, JD, released its 2022 Imported Consumption Trend Report at the 2nd China International Consumer Products Expo. The report shows that young people are the leading consumption group for imported products, accounting for about 50%. The 46-55 age group’s consumption enthusiasm for imported brands quickly rose. Compared with 2019, the transaction value of imported products produced by the 46-55 age group has increased by 283%.

Also, the high-tier market is still the main consumption power for the imported consumer products. In the first half of 2022, the turnover of imported brand goods in the first- and second-tier markets accounted for 55%.

1.       German essential oil brand Tautropfen gained a new investment in China for market promotion. Founded in 1980, Tautropfen has been popular in Germany for over 40 years. A Chinese company acquired its Chinese business in 2013. Its revenue in China reached 32.7 million yuan in 2021, a YoY increase of 87.24%.

2.       Color cosmetic brand Too Faced, a member of Estee Lauder group, announced to stop operating its Tmall Global store, its only official store in China. Chinese consumers can still purchase Too Faced’ products through Mecca Tmall Global store, an Australian cosmetics store on Tmall. Too Faced entered China in 2020 but performed badly for various reasons, such as the pandemic and severe competition pressure from other makeup brands.

3.       High-end skincare brand Lancôme displayed a home beauty device on Viva Tech, Europe’s number one startup and tech event. According to the L’ Oreal group, Lancôme has taken seven years to develop this product, and it will soon be on the market. 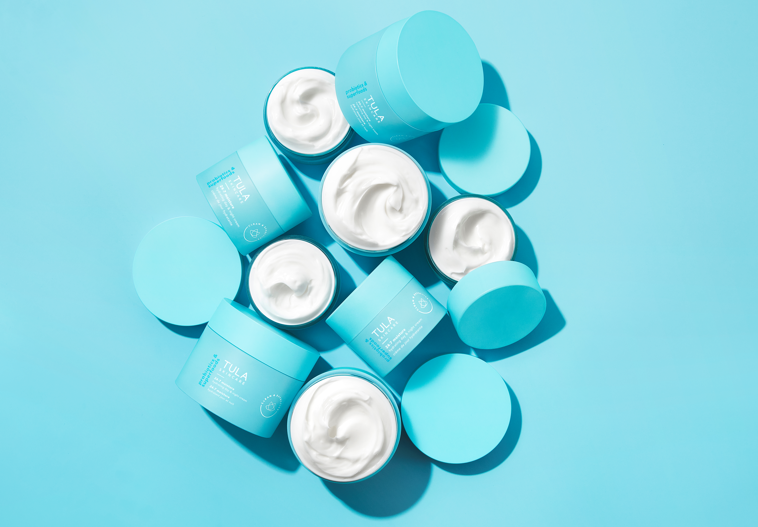 L'Oreal said that the establishment of the fund not only further reflected L'Oreal's confidence in the Chinese consumer market, but also reflected its commitment to contribute to China's goal to achieve "comprehensive economic and social development."

8.       Chinese domestic beauty group SYOUNG group acquired a 90.05% share of French skincare brand EviDenS de Beauté. As a high-end skincare brand, EviDenS de Beauté entered China in 2019 and was mainly distributed in high-end department stores, besides online channels. In contrast, most brands founded by SYOUNG are affordable brands. Currently, the vast majority of Chinese local beauty companies position their brands as affordable brands, and it is difficult for them to reach the high-end market. Hence, they tend to merge or acquire overseas high-end brands to develop their high-end business. 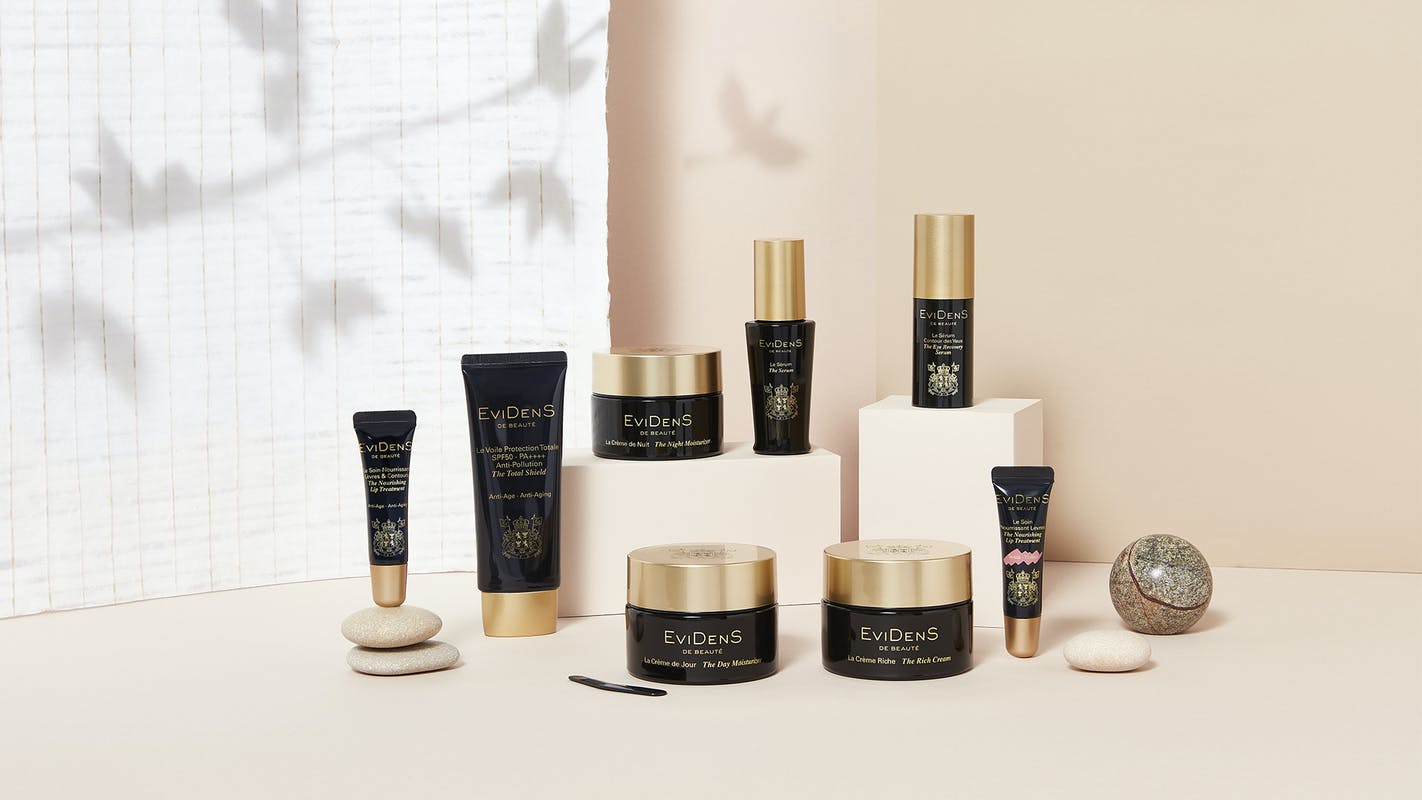 9.       French luxury salon brand Carita officially entered the Chinese market and opened its first boutique store in Nanjing on August 1. Its Beijing SKP counter also opened on the same day. Founded in 1945 by two sisters, Maria and Rosy Carita, Carita is known for its luxurious one-stop beauty solutions, serving celebrities including the Duchess of Windsor and Princess Grace Kelly of Monaco. In 2013, the L'Oreal Group acquired this brand from the Shiseido Group. 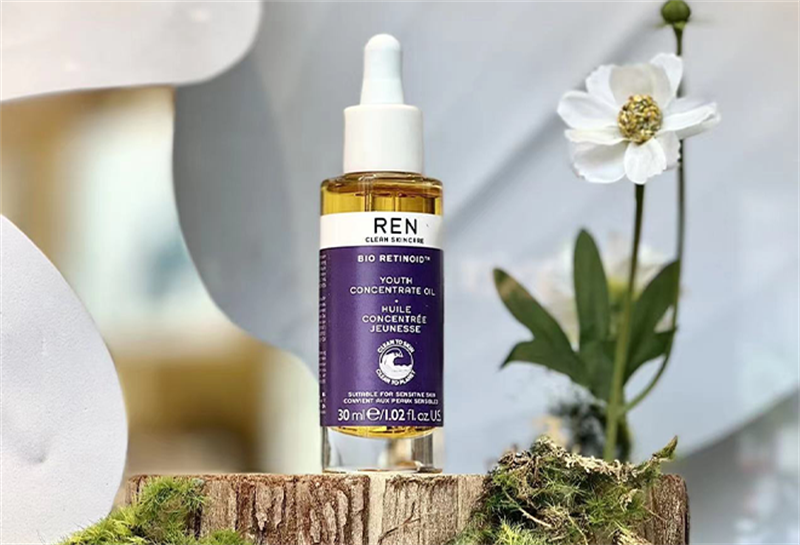 3.       In 2022Q2, China’s beauty market lost most attention from investors. According to incomplete statistics, 34 investment and financing events (including mergers and acquisitions) happened in the beauty industry. Except for 18 projects with undisclosed investment and financing amounts, the total financing amount was only 1.23 billion yuan, down nearly 80% year-on-year. The maximum amount of a single financing dropped from 191 million yuan in Q2 to 72.35 million yuan.

4.       At the 2nd China International Consumer Products Expo, Business France, a French Government agency, released a report stating that China has become the largest export market for French cosmetics. In the fragrance category, more than 58% of the products in the Chinese market come from France.

South Korea rose in the third place in the world's cosmetics export rankings, following France and the United States. China is the largest market for K-beauty, accounting for 53.2% of Korea’s total exports. Demand from the US and Japan increased by 17.7% and 22.4%, respectively.

2.       Active Cosmetics reported the highest growth of 28%. It achieved double-digit growth in all Zones. L’Oreal Luxe also recorded a high growth rate of 25.6%.

3.       In mainland China, the beauty market contracted significantly at the beginning of the second quarter due to the lockdown. However, L’Oréal was able to cope with disruptions and achieved solid performance, with double-digit growth in June, reinforcing its market share in all Divisions during the second quarter, with L’Oréal Luxe reaching a historic market share. The Group leveraged its excellence in e-commerce, and six of its brands featured in the top 12 during the Tmall 6.18 Shopping Festival: L'Oréal Paris ranked No.1 in total beauty and in skincare in particular; Kérastase was ranked No.1 in haircare, while Stylenanda 3CE topped the makeup ranking. L'Oréal Paris also topped the rankings in the new platform created by ByteDance (TikTok/Douyin).

2.       The Perfumes & Cosmetics sector ‘s revenue was up 20% to 3618 million euros. The Perfumes and Cosmetics business group demonstrated excellent momentum, driven by steady growth for fragrances and the recovery in makeup, particularly in the United States.

2.       Perfume and Beauty (+23%) gained from the successful launches of the new chapter of Beauty, Hermès Plein Air, dedicated to complexion, as well as of infused care oil for lips, Hermèsistibles. Perfume launched a fresh and powerful creation, Terre d’Hermès Eau Givrée and a new light and airy fragrance joined the colognes collection in June, Eau de Basilic Pourpre.

1.       In 2Q 2022, sales decreased 7.9% YoY to 1.9tn won, and operating profit decreased 35.5% YoY to 217bn won. China’s growing commitment to upholding the ‘Zero-Covid’ policy since March has severely affected China onshore business throughout 2Q and rising raw material prices due to the prolonged Ukraine crisis made it difficult to accelerate the growth of sales and operating profit.

2.       Despite the low consumption sentiment due to ‘Zero-Covid’ policies, ‘Whoo’ ranked No.1 best-selling beauty brand on ‘Douyin’ and ‘Kuaishou’, two newly growing platforms, during 618 Shopping Festival, which is one of the largest e-commerce events in China. While maintaining our strict pricing policy, sales started to recover as sales increased 36% QoQ and decline in growth YoY slowed down.

2.       On July 10, 2022, the Guangdong Cosmetics Association released a new group standard, "T/GDCA 011-2022 Cosmetics—General Principle of Clean Beauty", which specifies clean beauty’s terms and definitions, basic principles, design, production, packaging, storage, use, recycling, and other requirements. This is the first standard specifically for clean beauty in China's cosmetics industry and will be implemented on August 8, 2022. More details on ChemLinked.