1.       Bain released China Shopper Report 2022 Vol.1, pointing out that the lockdown in China this year was an unwelcome return to the anxious, troubling early days of the pandemic in 2020, which changes Chinese consumers’ purchasing behavior. They have become more price-sensitive in many categories. Shoppers stocked up by purchasing food and home care products in larger pack size but spent less on categories such as high-priced skincare and makeup.

However, Bain still holds an optimistic attitude to 2023 because the fundamentals of the Chinese economy remain strong, with a growing middle class, continuous urbanization, and inflation under control. Bain suggests brands using the year 2022 to prepare for a strong rebound in 2023.

2.       The 618 shopping festival in 2022 ended on June 20. To be described as “the most difficult,” this year’s 618 shopping festival still witnessed the excellent achievement of some brands and the rise of some new brands. More details can be found in China’s 618 Shopping Festival Report-ChemLinked.

3.       On June 17, Chinese video platform Bilibili (similar to YouTube) released the 2022 Bilibili Beauty Industry Marketing Plan. The report shows that the number of users interested in beauty reached 50 million with a growth rate of 207%, among which the proportion of males and females is relatively balanced. They are mainly under 30 years old, living in first- and second-tier cities. 59% of this group are students who pay more attention to oil control and acne removal, while 41% are white-collar workers with a high demand for anti-aging function.

1.       On May 31, Spanish beauty and fashion group Puig announced that it had acquired a majority stake in Byredo, a Swedish luxury fragrance brand. Byredo’s fragrances and candles are popular because of their minimalist packaging and impressive stories behind the products. Byredo has developed three product lines, namely perfume, beauty makeup, and accessories, and it also developed a make-up line in cooperation with artist Isamaya Ffrench in 2020.

2.       On June 1, Shiseido released SIDEKICK, a new luxury male care brand specially designed for Asian Gen Z. The brand has already been on the shelf in Japan and recently entered Chinese mainstream e-commerce platforms on July 1. It firstly launched eight products, including cleansers and toners. 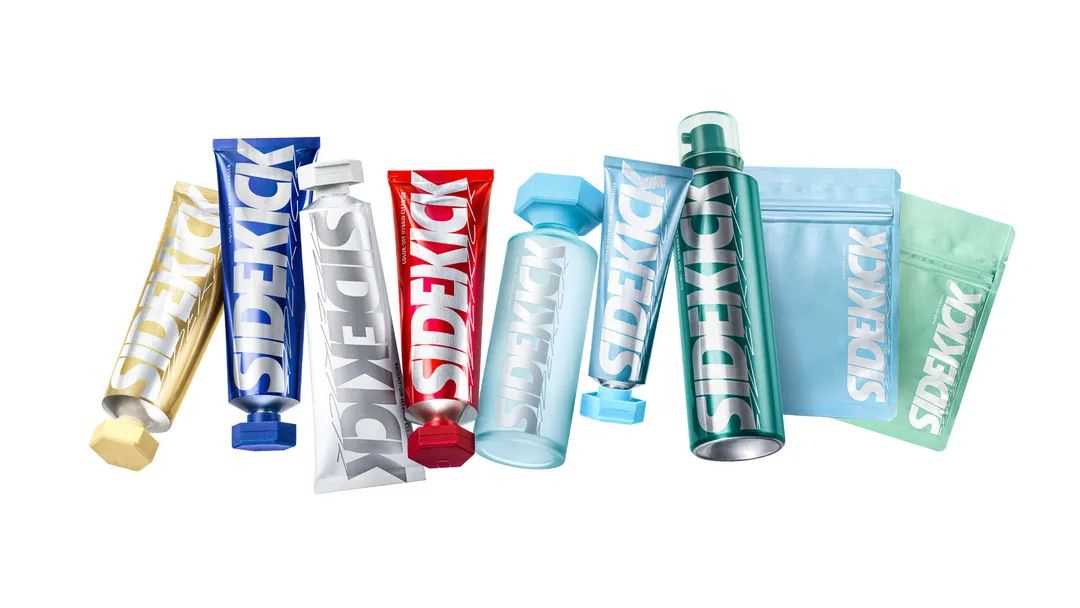 3.       Givenchy Parfums released Givenchy Beauty House in the Metaverse game Roblox. Givenchy built a virtual castle in the game, similar to the mansion of the brand’s founder, Hubert de Givenchy. In the game, users can design their own makeup and join a virtual competition.

Roblox now has more than 50 million daily active users with an almost equal ratio of female and male players. The fastest-growing group in this game is aged between 17 and 24 years old. Givenchy chooses Roblox to access more potential consumers for the brand.

Skincare brand Clinique launched its first makeup NFT campaign recently. It cooperated with three international leading makeup artists: Tess Daly, Sheika Daley and Emira D'Spain, each of whom created a number of different looks with different skin tones, face shapes and hairstyles. According to Clinique, one of the campaign’s aims is to address the lack and marginalization of diverse avatars in the digital world. The NFT products created by the three artists will be provided to NFT collectors randomly. 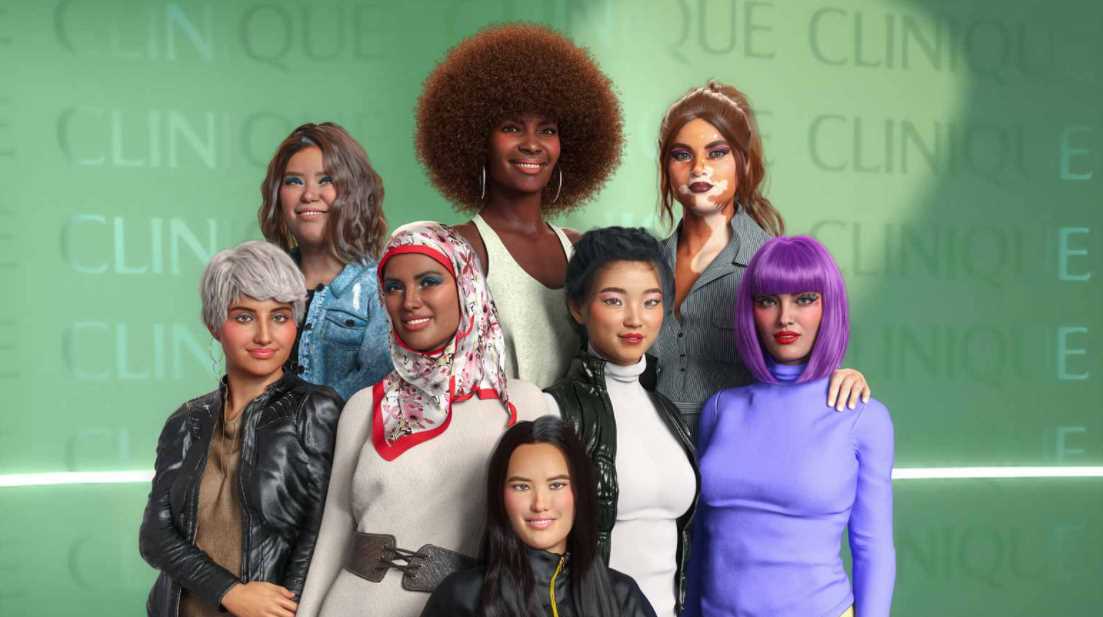 Korean beauty group LG H&H will launch a new NFT product, “Dr. Root Universe Collection,” in July on Opensea, the largest NFT market worldwide. This product is aimed to promote its anti-hair-loss brand, Dr. Groot. In the Metaverse, Dr. Root is a scientist who lives in a devastated world with his son Mike.

5.       Skincare brand Junoco completed its A round of financing, securing 6.3 million dollars. Founded in 2018, Junoco uses minimalism as its core concept and features eco-friendly formulas and simple ingredients. It now doesn’t have self-owned online or offline stores in China but has an authorized cooperative store selling makeup primers, eyeshadow palettes, etc.

8.       Kanebo, a skincare brand from the Japanese KAO group, started daily live-streaming on Douyin in June. This brand now doesn’t have offline stores in China, but it hopes to expand its cross-border e-commerce business in China through video live-streaming.

Over 20 niche perfume brands took part in Tmall’s 618 shopping festival for the first time and achieved great results, most increasing by over 60%.

Some niche perfume brands on the list last year, such as Penhaligon's, Byredo, and L’Artisan, have become well-known perfume brands among Chinese consumers.

11.   Four well-known personal care brands of Procter & Gamble, Head & Shoulders, Pantene, Herbal Essences and Aussie, all launched a new line of hair care products, in which shampoo and conditioner products are all sold in solid form. And their packaging is also all made of Forest Stewardship Council (FSC) certified paper.

The launch of products on the below picture is part of Procter & Gamble's ongoing efforts to solve the plastic problem in the industry.

12.   American skincare brand U Beauty gained its first investment from Sandbridge Capital. Founded in 2020, U beauty focuses on the anti-aging function. This brand has not opened any online stores in China. Still, it opened an official account on Little Red Book, a social media platform in China, to promote its products and organize some luck draws.

13.   Clean beauty brand Skyn Iceland gained new investment, mainly used to bring its international business to the next level. Currently, 63% of Skyn Iceland’s sales are from North America, and China is its second-largest market. 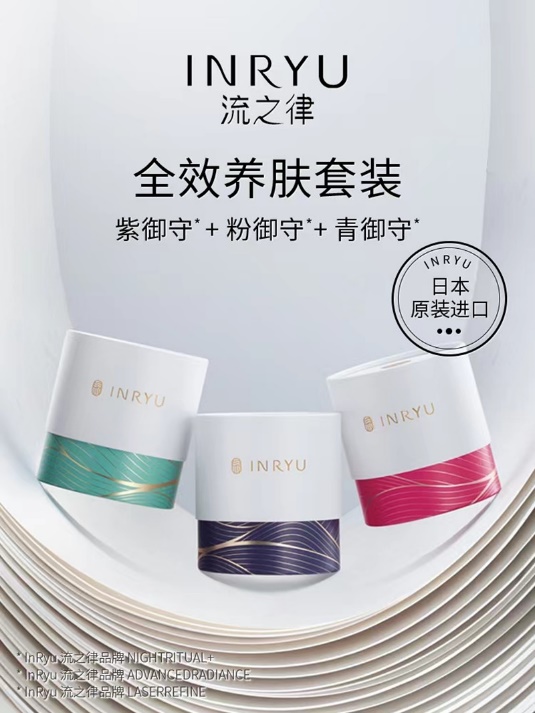 16.   FANCL Group’s high-end skincare brand BRANCHIC announced to enter the Chinese market. Founded in 2021, this new brand uses “no add” and anti-aging as core selling points. Japanese brands usually hold a cautious attitude to business expansion, so it is rare to see a Japanese skincare brand eager to enter the Chinese market shortly after being founded.

3.       In May, 52 financing events happened in the new consumer industry, and the total financing amount was about 15 billion yuan, dropping by 55.88% compared to the figure in April. The food sector remained the most popular in May, while the beauty sector didn’t get much attention from investors, except three beauty device projects surprisingly having gained investment.

2.       On June 20, 2022, GACC released an announcement modifying the declaration requirements for some imported cosmetics.  When the consignee of imported cosmetics and their agents declare cosmetics whose HS code starts with 3303 and 3304, they should fill the product quantity in the customs declaration form according to the updated requirements. More details on ChemLinked.

3.       China NMPA is inviting public submission regarding the draft Measures for the Management of Cosmetic Sampling Testing until July 14, which spells out the requirements and procedures for sampling testing, and corresponding obligations of all stakeholders.

The draft highlights that the focus of sampling testing is children’s cosmetics, special cosmetics, and cosmetics containing new ingredients. More details on ChemLinked.

4.       On June 22, 2022, the draft of Several Provisions on the Innovative Development of Cosmetics Industry in Shanghai Pudong New Area (Provisions) was deliberated on the 41st Session of the Standing Committee of the 15th Shanghai Municipal People's Congress. More details on ChemLinked.

5.       Recently, the National Health Commission and other eight national departments have jointly issued the Notice on the Key Points of Correcting Wrong Practices in Pharmaceutical Purchase and Sales and Medical Services in 2022, which strictly forbids staff in the medical institutions to endorse products and do live-streaming.

In the beauty sector, many skincare brands tend to invite dermatologists to promote their products. This phenomenon will be banned in the future. 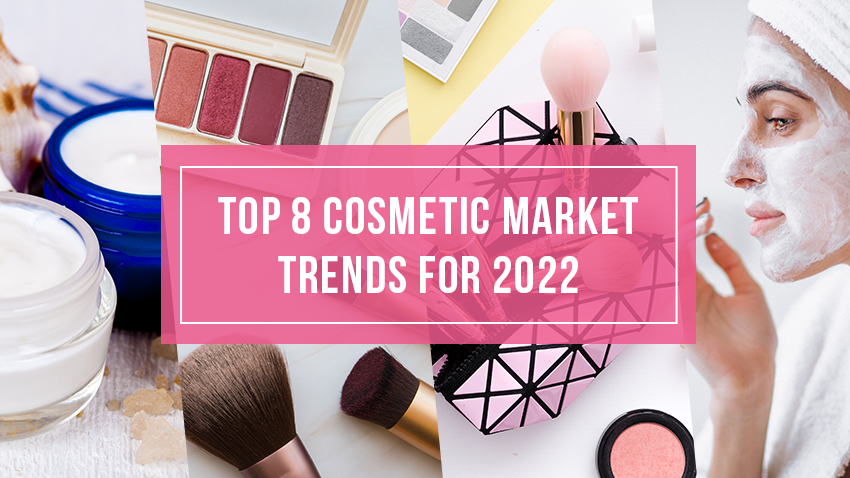